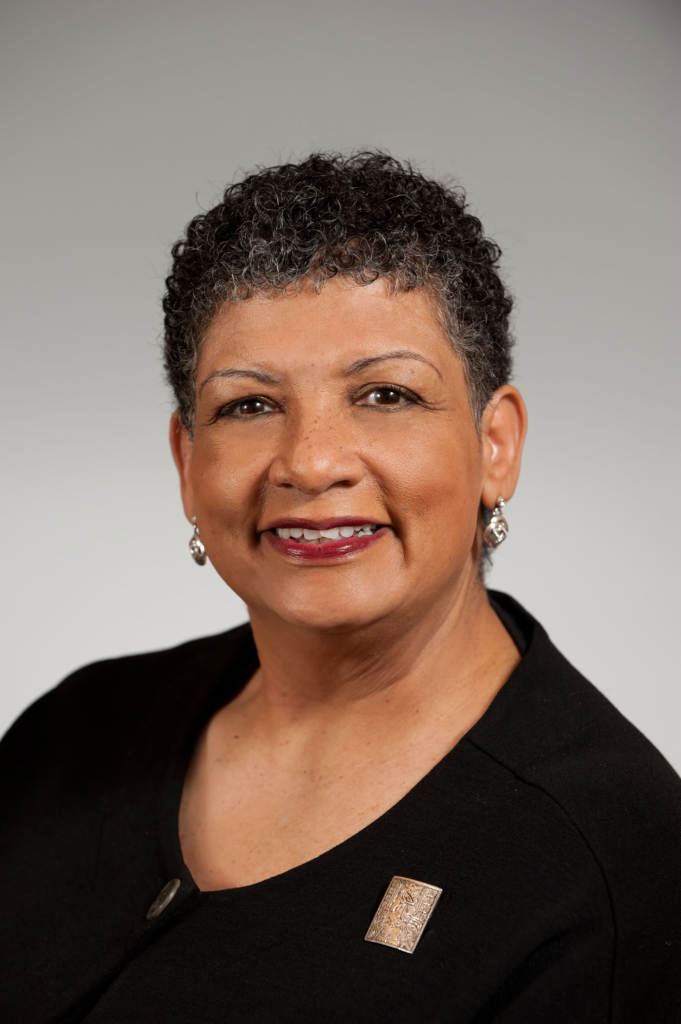 Dr. Scott is recognized throughout the U.S. and North American transportation industry for her visionary leadership, results driven management style; focus on people and communities; and progressive approach to labor management relations. Among her most notable industry contributions is her pivotal leadership role in the critical areas of workforce and leadership development and work to improve outcomes for people and communities – particularly our most vulnerable. In this regard, she is an ardent proponent for significantly increased “people development and investment” at all levels.

Dr. Scott is a frequent motivational speaker on the critical need to invest in smart infrastructure to advance American competitiveness, sustainable outcomes, and “shared prosperity”.

In December 2016, she was appointed to the newly established Federal Advisory Committee on Transportation Equity (ACTE) by USDOT Secretary Anthony Foxx.  The purpose of the Committee is to provide advice and recommendations to the Department to institutionalize opportunity and inclusion into agency-wide programs, policies, regulations, and activites.

Dr. Scott serves in an Advisory capacity to the Charles Hamilton Houston Institute for Race and Justice at Harvard University Law School in the areas of transportation, infrastructure, and equity (www.charleshamiltonhouston.org).   She is a Senior Advisor to Parker Infrastructure Partners, LLC, a developer of essential infrastructure that focuses on opportunities to develop projects that create value for both the public and private sector (http://parkerinfrastructure.com).  She is a also a Senior Fellow at the Transportation Learning Center, a unique transportation labor-management partnership focused on skills training, research, safety and health for the sector’s frontline workforce; and a Research Associate and Adjunct Professor at the Mineta Transportation Institute at San Jose State University.

Throughout her career, she has received numerous awards and recognitions, i.e., the 2015 Hubert Humphrey Award for Distinguished Public Service from the American Political Science Association (APSA), 2015 Government Sector Pinnacle Award from the Greater Boston Chamber of Commerce for Outstanding Service, the prestigious Sharon A. Banks Humanitarian Service Award from the Transportation Research Board, National Academies of Science; named Woman of the Year by the Women’s Transportation Seminar. In 2012, she was named a “Transportation Innovator of Change” by President Barack Obama and the U.S. Department of Transportation for her long record of exemplary leadership and service in the transportation industry. A past Chairperson of the American Public Transportation Association (APTA), Dr. Scott currently serves on the national Boards of the American Public Transportation Association (www.apta.com), Women’s Transportation Seminar Foundation, Rail-Volution (past Chairperson) (railvolution.org), Americans for Transit; and Jobs To Move America. Dr. Scott holds a doctorate in political science, with a specialization in public administration from Howard University; and a Bachelor of Arts in Political Science from Fisk University (magna cum laude and Phi Beta Kappa).