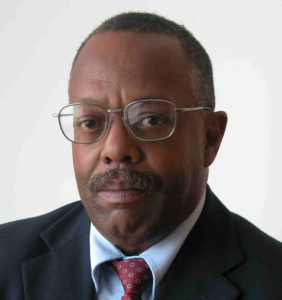 Scott Douglas, III, a native of Nashville, TN, attended the University of Tennessee in Knoxville where he co-founded the University’s Black Student Union in 1967. Residing in Birmingham since 1976, he served under the leadership of Rev. Fred Shuttlesworth and Anne Braden as Executive Director of the Southern Organizing Committee for Economic and Social Justice from 1984-1989. He was Southern Regional Program Officer for the Partnership for Democracy Foundation from 1989-1992. After serving as the first Environmental Justice Grassroots Organizer for the Sierra Club, he was hired as Executive Director of Greater Birmingham Ministries in 1993.

Scott is a former board member of the Birmingham Civil Rights Institute, Friends of the Earth, and SANE/Freeze and currently serves on the board of the Equal Justice Initiative. Scott has written articles on social and racial justice for Southern Exposure, Howard Law Journal, the National Newspaper Publishers Association and Dissent Magazine. Scott is an alumnus of Leadership Birmingham, Leadership Alabama, the Rockwood Leadership Institute and the Windcall Residency Program. Scott is a founding board member of the Alabama Association of Nonprofits and a 2011 alumnus of the MIT Mel King Community Fellows Program.