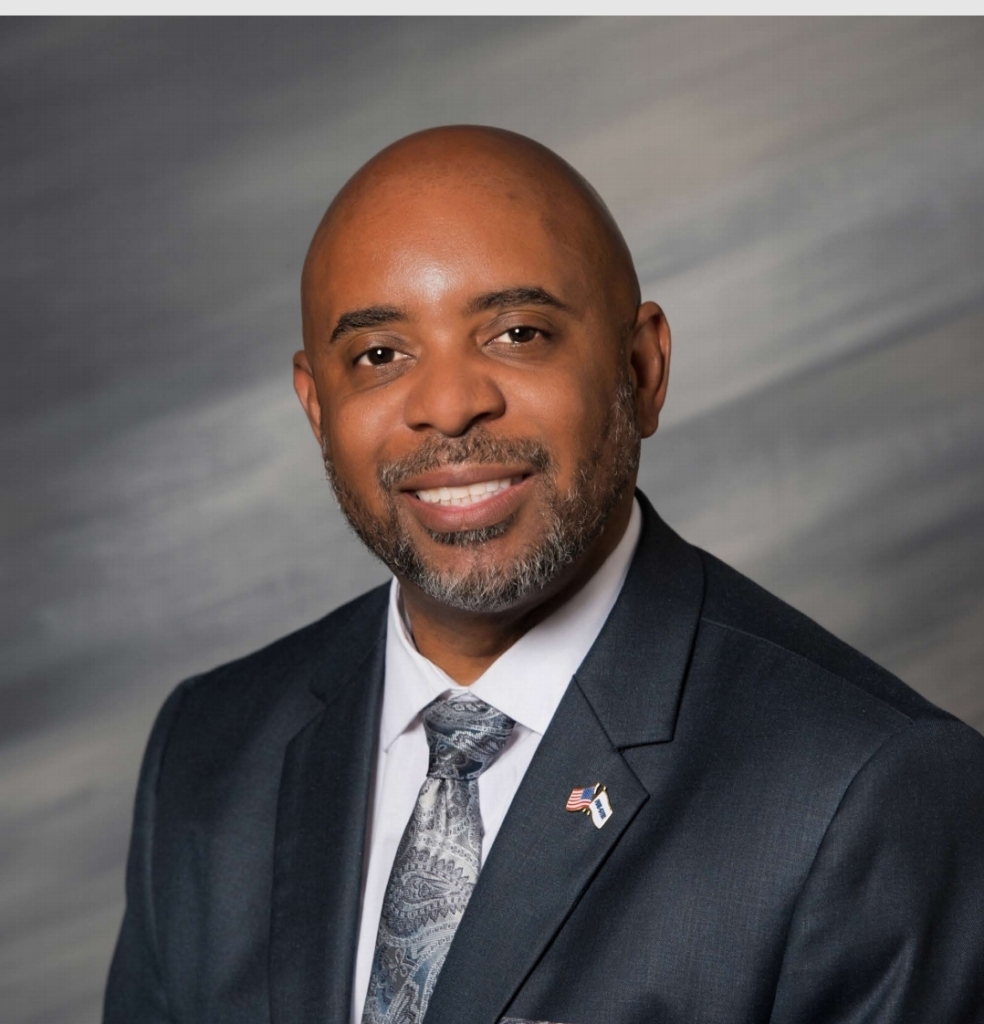 Carl Kennebrew became the 8th President of IUE-CWA on August 2, 2018. Carl has been a proud member of IUE-CWA for nearly 25 years. He started his Union career as an elected delegate and Vice-President of Local 84755 in Dayton, Ohio. While Vice-President, Carl graduated from The Minority Leadership Institute (MLI), an intensive 3-week program dedicated to increasing the involvement of minorities at all levels of our union. As Vice President, Carl also worked as an organizer, served as the local’s Legislative Political Action Team Member, and as an Executive Board Member for the Dayton Miami Valley AFL-CIO. In August of 2013, Carl became the first Minority President of Local 755, the founding local of IUE-CWA. He was re-elected without opposition in the fall of 2014 and 2017.

In addition, Carl served as a Recruitment Specialist for the Green Alliance for Manufacturing Skills Training in 2012, a program offering dislocated workers free training and certification in the nationally recognized Certified Production Technician (CPT). While employed by DMAX Ltd in Dayton, Ohio, Carl served for ten years as a Leadership Trainer, teaching both management and union members classes such as Diversity, Change, Communication, Team Concept, and many others. Carl obtained Life Coach Certification through Fowler Wainwright International Institute of Professional Coaching and also became a John Maxwell Certified Leadership Trainer and Mediator.

President Kennebrew is a long-time supporter of many community and partner groups such as Stand Up Ohio and the MVOC (Miami Valley Organizing Collaborative). He serves as a Board Member for The OOC (Ohio Organizing Collaborative), a Board Member of Triune Skilled Development Services, whose goal is to assist persons living in subsidy housing with finding their own self-worth and becoming positive forces within society, a a Board Member for GDUCI (The Greater Dayton Union Co-op Initiative), a Board Member for The United Way of the Greater Dayton Area, and a Dayton Metro Library Board of Trustee. Additionally, Carl was ordained last year as a Minster for Revival Center Ministries.

In 2017, Carl was recognized one of the Top Ten African American Males in the Miami Valley. Additionally, Carl has also received the Staircase to Excellence Award, the United Way Volunteer of The Year Award, and Dayton’s Men of Influence award.

President Kennebrew resides in Dayton, Ohio with his wife, Shamica.

Will you join us in the fight for a fair economy?