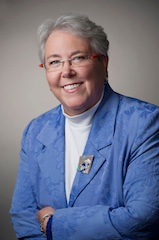 Patricia Todd has socially and professionally advocated for public policies relevant to social justice, education, HIV/AIDS, and a wide range of issues affect the entire Birmingham community for over twenty years. Patricia was elected to the Alabama Legislature as the State Representative for House District 54 in November of 2006 as the first openly gay elected official in Alabama’s history. She retired from the legislature in 2018.

In addition to Todd’s numerous community activities and awards, she was selected as the first UAB School of Public Health “Advocate of the Year”, UAB Outstanding Alumni, SMART Woman by The Women’s Fund, and the Billy Jack Gaither Award for her fight to ensure equality for LBGT Alabamians.

In addition to her legislative work, Patricia holds a Master’s Degree in Public Administration and Patricia recently served as Executive Director of AIDS Alabama. She serves on the boards at Alabama Forward and UAB MPA Alumni Board, and is an adjunct professor at UAB Political Science Department. She is a graduate of Leadership Birmingham and Leadership Alabama.