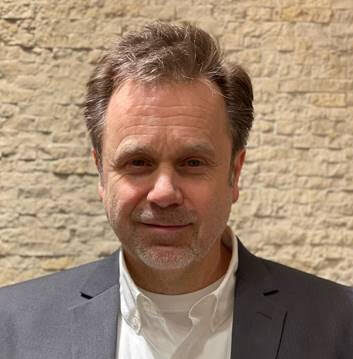 Ken Lang is Director of Organizing for the UAW, where he works to help manufacturing and other workers build strong unions that can advance the larger struggle for a more just, equitable and inclusive economy and society.  He has spent more than 20 years as an organizer and representative as part of the UAW.

Lang had his first direct experience with union representation while attending college, where he worked at a major hotel in Oakland, CA, and benefited as a member of the Hotel Employees and Restaurant Employees union.  But his passion for organizing solidified while working as a teaching assistant in graduate school, where he helped organize a union of more than 4,000 fellow academic student employees at the University of Washington in Seattle.   Lang became the first president of UAW Local 4121 there in 2004 and soon after, in 2005, was appointed as a UAW International Representative.  During his years with the UAW, he has helped numerous groups of worker organize and win UAW representation, led contract negotiations and strikes, handled grievances and arbitrations, and helped lead several legislative and labor board campaigns expanding the right to collective bargaining.

In graduate school, Ken studied recent United States History with a focus on the origins of the civil rights movement in the 1930s and 1940s. He also sits on the advisory board for the City University of New York School of Labor and Urban Studies.